Time for the next update - in this one we extended the SVF to be a quad SVF, adding cool new scrubbing code to the Sampler, fixed bugs and usability issues in the sampler, fixed a bug relating to the cutoff/resonance mod inptus of the SVF and added optimizations in the SVF.

This update comes as an SD card image which needs to be written to the microSD card shipped with the SSP, using the freely available ETCHER software (https://www.balena.io/etcher/). See also instructions elsewhere in the forum. You have to unzip the .zip file to get the image, which is 32gb in size. Download the zipped image here - https://sw23072019.s3-us-west-1.amazonaws.com/ssp-sandisk-extremepro-32gb-230720191843.zip The image contains an updated operating system, drivers and application. T…

The SVF now has 4 inputs and 20 outputs (4x5). It’s now a quad-filter, which means you have 4 independent filters in one module. Each filter has 5 outputs, and the name of the outputs has been shortened to HP, LP, BP, PK and NT.

It doesn’t matter if you use 1, 2, 3 or 4 of the filters because the CPU cost is the same. Filter processing is done in parallel on the CPU now so this change does not increase CPU usage.

Cutoff / resonance mod inputs also had an issue previously where the mod signal would be scaled on the inputs, this has now been fixed. It’s possible that similar issues were present on some mod inputs of other modules, so this fix should take care of that as well. 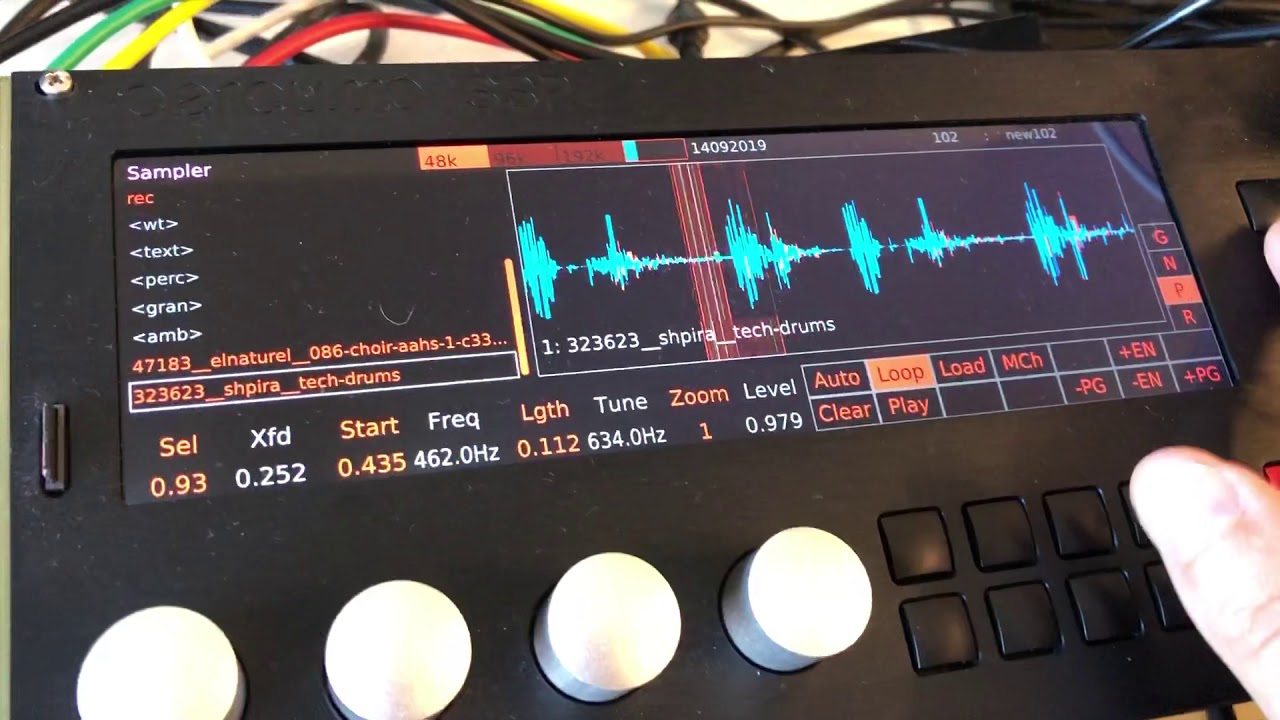 We hope you like this update, we look forward to seeing your videos online on what you can do with the sampler and the new quad-filter. Until the next update,